In 1985, Stuart Gordon’s Re-Animator exploded into the world in a spray of blood, organs and assorted viscera. Naturally, a sequel was on the cards almost immediately. Gordon was unable to return to the director’s chair, which left the door open for producer Brian Yuzna to step behind the camera, having just made his own gore opus with Society. The result was Bride of Re-Animator – a ramshackle delight that has now arrived on Blu-ray in the UK courtesy of Arrow Films.

Bride of Re-Animator does a great job of channeling the insanity of the first film into a pretty thin plot that feels more than a little cobbled together. The gooey practical effects work is enjoyably bonkers, particularly when the third act fires up with bizarre, multi-limbed creations and David Gale’s disembodied head attached to a pair of bat wings. Yuzna’s effects guru Screaming Mad George is noticeable by his involvement in that final melee, which throws splatter at the audience in the hope some of it sticks. Thankfully, a lot of it does.

They’re all equal now, nothing but cast off remnants of a meaningless existence.

Jeffrey Combs delivers another terrific performance as the delightfully unhinged Dr West, never nodding and winking to the audience whilst delivering some truly ridiculous lines of dialogue with a straight face. It’s difficult to imagine anyone else being able to perform the role with the same straight face, particularly in the face of David Gale’s high-camp villainy playing against him. Gale is a whirlwind of maniacal laughter, growled threats and grandstanding moments, giving the movie the villain it so desperately needs to counter-balance the distinctly questionable morality of its nominal heroes.

Yuzna’s script, written with Rick Fry and Woody Keith, is darkly humorous throughout, but lacks the consistent storytelling of the original Re-Animator. It’s a hyperactive screenplay that hops wildly between a variety of different plots as if the filmmakers couldn’t quite settle on which story they wanted to tell. Based on the chat with Yuzna included on the new Arrow Blu-ray, that may well have been the case given Bride of Re-Animator‘s pretty chaotic road to the big screen. Fortunately, there’s enough sheer joy in the mayhem to balance out the storytelling issues.

When the eponymous female Frankenstein’s monster makes her arrival, it is a truly extraordinary moment. Kathleen Kinmont, who had previously been a meek presence in a hospital bed, is able to harness the darker side of her personality for a screaming performance that is genuinely chilling and gives Bride of Re-Animator a real sense of horror in amongst its splatstick comedy.

I will not be shackled by the failures of your God. The only blasphemy is to wallow in insignificance.

By the time it reaches its gory, bleak conclusion, Bride of Re-Animator has delivered an exhausting, but entertaining, two hours of cinematic entertainment. It lacks the sheer gory pleasure of the first Re-Animator or Peter Jackson‘s really quite remarkable Braindead, but there is certainly no shortage of enjoyable moments. A film in which a decapitated cranium, flying through the air on bat wings, refers to a character as a “stupid biped” can never be a bad one.

There’s the usual Arrow array of commentary tracks, including with director Brian Yuzna and with stars Jeffrey Combs and Bruce Abbott. A new interview with Yuzna provides some intriguing tidbits about the making of the film and the “splatter masters” featurette gives fascinating insight into the special effects. There’s also an archive featurette and some deleted scenes. 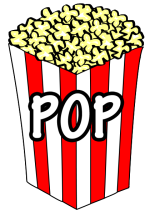 It certainly isn’t big or clever, but Bride of Re-Animator is an enjoyable and effective splatter sequel. Strong central performances, with a generous dosage of camp, are enough to sustain the uneven script all the way to its frankly insane conclusion.

This isn’t a film that is particularly driven by narrative logic or character development, but it is a hell of a ride through a world of gore and daftness that we rarely get to experience on the big screen in the modern world of CGI and superheroes.

Bride of Re-Animator is available on Blu-ray from today courtesy of Arrow Films.